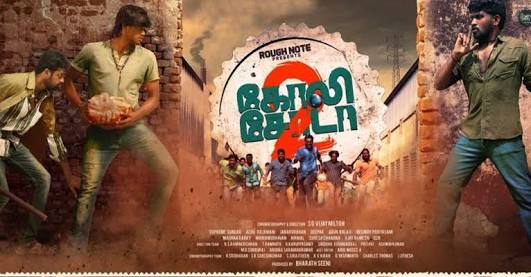 Goli soda 2 starts similar to previous venture. Siva ( Vinod ) a hard working auto driver, Maaran (Bharath seeni) a loyal driver for a local don and finally Oli( Esaki Bharath) an orphan who wants escalate himself in life. When all three of them have a chance to bring an identity to themselves , they are crushed to the floor in various circumstances . How they fight to regain their identity is the rest of the story.
Though the director Vijay Milton takes his own time the form the story line and foundation for the three main characters, the movie picks up pace towards the end of then first half, but looses its form in the second half and finishes in a hurry . All three main actors have performed well and they are matched perfectly charming counter parts and supported well with Samuthirai Kani’s character . Music was a disaster , only the one song stood out , but that too was visually weak. Golisoda 2 though predictable had its moments but failed to creates its identity. I give it 5/10

Posted by venkiblogger on June 16, 2018 in Movie Review 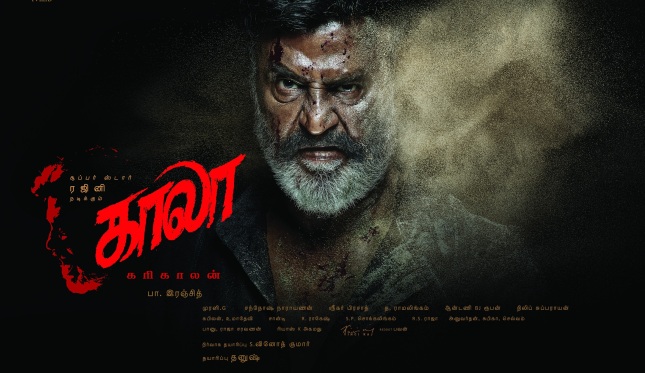 From the first frame to the end Kaala show the importance of land, and how the power hungry are greedy and try to dominate by controlling it. Films starts at Dharavi in Mumbai where politicians try to seize land in the name of a pure drive. While the migrants from all around the state had settled there and built the place. Karikaalan alias Kaala (Rajini kanth) from Tirunelveli, who with his father has built Dharavi, fights for keeping the land safe from a mighty king maker and politician Hari Dada (Nana Patekar). For Kaala its his right to defend his land and for Hari Dada it prestige issue to acquire it.  Who wins this battle is the rest of the story.

Its purely PA Ranjith’s film though Rajini dominates the screen from word go. The director keeps it casual and balances the power in the role of Kaala. For me this is the best performance of Rajini in the last two decades. Rest of cast was at its best, mainly the female actors were at there best, especially Easwari rao was fabulous as kaala’s wife and play a very important role. For Nan Patekar this is just a walk in the park, though his presence is seen only the second half, he does best. The BGM and songs were als at its best by Santosh Narayanan. Visuals where also done well. Though story was very predictable screeplay and presentation made it a good package. Running time was the only flaw as the second half was slow and hurried towards the end. Kaala a pure PA Ranjith’s film. I give it 7/10

Posted by venkiblogger on June 8, 2018 in Movie Review