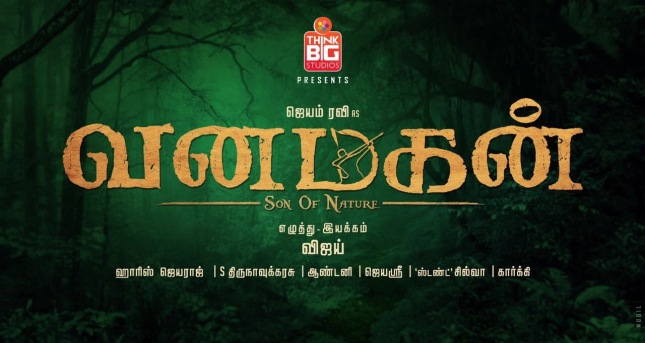 Story revolves around Jara( Jayam Ravi) a tribal whose community is threatened by the modern world and people who want to take over their land. When Jara manages to escape he has a accident and lands in hands of Kaavya ( Sayyesha) a rich and spoils heiress who comes to same island to celebrate the new year. Kaavya brings Jara to the modern world, to which his raw innocence and animal like behaviour makes Kavvya’s world upside down. As she manages to bring Jara under control , she also believes that she has get Jara back to his community. How she does that and how Jara get his people out of trouble is the rest of the story.
This is also one of Jeyam Ravi’s experiment in which most of the screen time is given to the female lead and he barely has any dialogue in the film. New comer Sayyeshaa gives a decent performance and shows that she can handle enough screen time. Jayam Ravi makes most of the character but I say it’s a waste for his talent and his caliber. Vfx and music end up crude and useless in the end without any creativity. Though initially comically and engaging, it becomes boring with a dull screenplay after the first hour. Predictable and unimaginative story gives Vanamagan just 3/10

Posted by venkiblogger on June 27, 2017 in Movie Review

Duvvada Jagannatham (Allu Arjun) as a young boy coming from a orthodox Brahmin family, is brought up in the ahimsa way. But Jagannatham wants to fight against injustice which happens around him. He joins hands with a cop (Murali Sharma) and becomes a vigilante called DJ and hunts bad elements in society. He comes across his worst opponent Royalla Naidu ( Rao Ramesh) a huge business who is also secretly behind a huge real estate scam which is draining people’s money. What happens when both of them meet is the rest of the story.
DJ doesn’t offer anything new in the story segment, but has enough mass scenes and dance moves to entertain the audience through the film. Allu Arjun does well in his tailor made character, and carries the film on his shoulder through out. Pooja hegde looks great and gives a decent performance. The whole gives a decent performance and stick to their role . Music and songs a plus and fulfils every Allu Arjun’s fans. The second half might look a tad slow but catches up and ends well. Though with a old story and a predictable screenplay, DJ still manages to entertain the audience. The movie gets 5/10 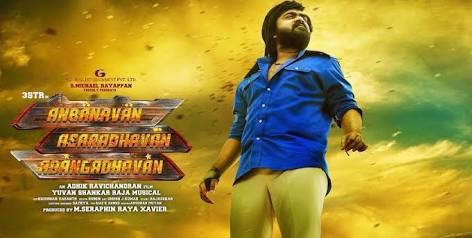 Anbanavan Asaradhavan Adangadhavan (AAA), directed by Adhik Ravichandran got released this week without much publicity. Film starts in Dubai inside the police head quarters where the story of Madura Micheal unfolds through an interrogation. Madura Micheal ( STR) a loyal rowdy working for the local don Senthamarai. Though Micheal is always looking for trouble, he loves Selvi (Sherya Saran) who lives in the same village. When Selvi tries to pull Michael away from his criminal life consistently but fails. But when Micheal decides to run away with Selvi, he is double crossed and captured. What happens in Micheal’s life after that is the rest of the story.
The story follows a single person life in two different time periods. First half starts promisingly , but the second half his total rubbish and waste of your time and towards the end makes one wonder why this movie came onscreen itself. STR is quiet good as Madura Micheal though the character has nothing new to offer. Sherya Saran looks old and miserable in her character. Tamannaah both bubbly and glamorous is fine but not enough role in the film.rest of the cast just tag along and stink in the same rubbish dump. It gets 1/10 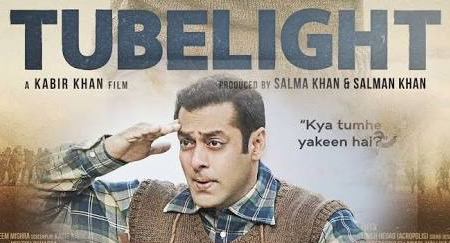 In a small town called Jagatpur, Lakshman singh bisit (Salman Khan) a man child is the popular one often gets bullied and mocked from his child hood. Protected by his brother Barath ( Sohail Khan) , Lakshman survives childhood and they grow to be young men. When war starts between India and China in the border, many young men from the village along with Barath join the army. Barath leaves Lakshman behind with friends. When things get heated up in the border, Lakshman thinks only faith can bring his brother back. How faith keeps Lakshman’s and the villagers hope alive is the rest of the story.

Man child or man who behaves like a child is the only character Salman Khan was yet to play, and then came Tubelight. Though the first half manages to pass through, second half is dull and becomes predictable. Salman nearly manages to pull it off, Sohail Khan gives a decent performance and the Chinese artists Zhu Zhu is good and Matin rey tangu is both lovable and a gifted actor. In the second direction becomes weak and breaks apart towards the end. The extended ending was a terrible idea and doesn’t sell. I give it 3/10

Posted by venkiblogger on June 15, 2017 in Trailers

Posted by venkiblogger on June 12, 2017 in Trailers

Posted by venkiblogger on June 6, 2017 in Trailers